Judaism is Not the Faith of Abraham 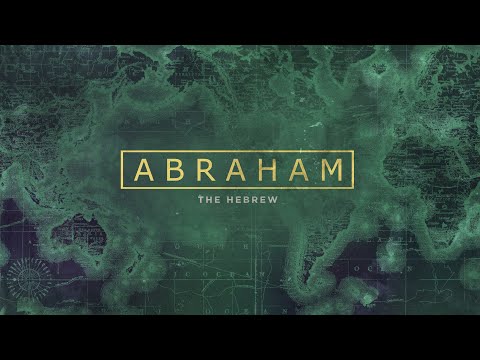 
The Apostle Paul wrote a great deal about the Messianic Faith and how it is expressed in the promises made to Abraham the Hebrew. Paul stresses that those who follow Jesus Messiah have been made partakers of those ancient promises (Galatians 3:7-9). He exposes as a false teaching the Judaizers' insistence that the Messianic Faith requires adherence to the laws of Judaism.

Many misconceptions surround the person of Abraham. He is not the founder of Judaism. He was not a Jew. He is identified as "Hebrew" in the Bible and the Hebrew were a caste of priests and rulers with deep roots in antiquity. The English word Hebrew and its variants 'Apiru, Abru, Hapiru, Habiru, appear in texts that date to before Abraham's time. Abraham's faith was received from his Hebrew ancestors. The oldest known site of Horite Hebrew worship at Nekhen dates to 4000 BC, about 2000 years before Abraham. 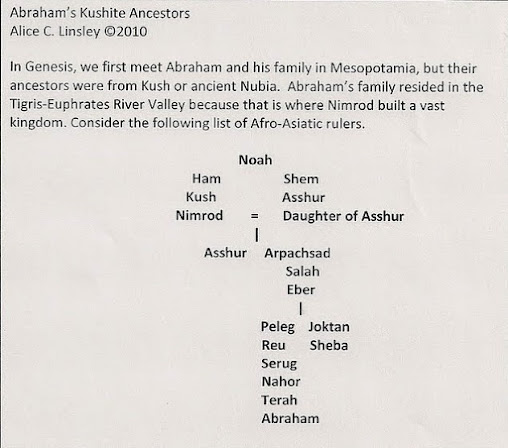 Many people think that Christianity emerged out of Judaism, but the core belief of the Messianic Faith is that the son of God would take on flesh, be sacrificed, and rise again. This belief was already evident among Abraham’s Horite Hebrew people before 3000 BC. They believed in God Father (Ra or Ani) and God Son (Horus or Enki). Jews reject the very idea that God has a son. Yet the Scriptures say that it is impossible to be saved unless one believes that Jesus is the son of God (Genesis 3:15; Proverbs 30:4, Hosea 11:1; Luke 1:35; John 3:14-17; John 6:40; John 6:69-70; John 20:31; 1 John 5:13). This is why the Apostle Paul speaks of believers being grafted into Abraham, not Judaism. Judaism is not the faith of Abraham the Hebrew.

In Galatians 3, he identifies Abraham’s Seed as Jesus Messiah. In verse 29, Paul explains, “If you belong to Christ, then you are Abraham’s descendants, and heirs according to the promise” made to Abraham.

The Bible provides a great deal of significant anthropological data about Abraham the Hebrew. It also provides information that enables us to identify Abraham's territory between Hebron and Beersheba. In Abraham's time, this region was ruled by the Horite Hebrew and was called Edom. The Greeks called it Idumea, meaning “land of red people.” You will recall that Esau of Edom is described as red, and David, who had Edomite blood, also is described as ruddy or red.

The Messianic tradition upon which the Church stands is revealed in the Bible. It is the tradition of the Horite Hebrew who believed in God Father and God Son. The Horite Hebrew are called “Horim” by Jews, which means parents or ancestors. Jesus lived in a Jewish context which did not recognize him as the fulfillment of the expectations of the Horim. This is because by Jesus’ time, Judaism was only tangentially related to the faith of Abraham.

Certainly, early Christian worship was patterned on the synagogue, with scripture readings, prayers, homilies, and days of feasting and fasting. The east-facing altar is patterned on the Horite Hebrew temple, as are church furnishings such as the tabernacle and the lamp. However, Christianity alone affirms that Messiah is the Son of God. Judaism and Islam reject the very idea that God has a son.

Judaism is the elaboration of rabbinic thought over 3000 years, and though it claims Abraham as its founder, Abraham was not a Jew. Prominent Jews readily admit this.

Rabbi Stephen F. Wise, former Chief Rabbi of the United States, wrote: "The return from Babylon and the introduction of the Babylonian Talmud mark the end of Hebrewism and the beginning of Judaism. This break came around 700 BC, at least 1300 years after Abraham.

For Jews, the greatest authority is the Talmud. Consider SUNY professor, Robert Goldberg’s explanation: “The traditional Jew studies Talmud because it communicates ultimate truth—truth about God, truth about the world, and most important, truth about how God wants the holy community of Israel to live.”

The Rabbis are trained in argumentation and the Talmud is a record of their disputations. One drawback is the tendency of the rabbis to debate minutiae and esoteric matters. Over time the Messianic Faith of Abraham - the main thing - became peripheral. The Talmud came to be of greater authority than the Hebrew Scriptures.

In a 2007 NOVA interview Rabbi Shaye Cohen (Professor of Hebrew Literature and Philosophy at Harvard) admitted that Abraham was not a Jew, and he explains that, nevertheless, the narrative of Judaism presents him as the first Jew as a place to start. In other words, the narrative of Judaism ignores the biblical data about Abraham’s ancestors in Genesis 3, 4, 5, 10 and 11. It is in those early chapters that we find the anthropologically significant data about the origin of the Messianic Faith among Abraham’s ancestors.

Related reading: The Hebrew Were a Caste; The Substance of Abraham's Faith; Where Judaism and Christianity Part Ways; Amram's Children; The Social Structure of the Biblical Hebrew; The Ancient Kingdom of Edom; Hebrew, Israelite, Jew?; The Shrine City of Nekhen;