Male and Female are Primary in Hebrew Scriptures 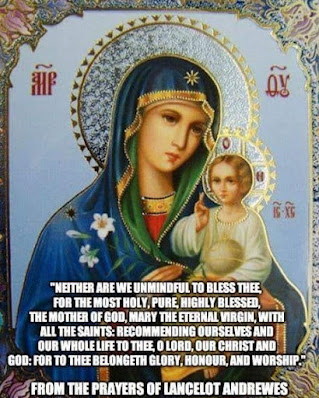 A detailed study of gender in the Hebrew Scriptures reveals that male and female are primary to the Hebrew worldview and to their understanding of God Father and God Son. In recent decades critics of the binary balance of Scripture have falsely claimed that the social structure of the biblical Hebrew was patriarchal. However, anthropological analysis of their social structure reveals that it was characterized by binary balance. This balance is expressed in various biblical narratives.

There are many examples: the distinct duties/responsibilities of the mother's house versus the father's house; male prophets-female prophets; male rulers-female rulers; inheritance by male heirs-inheritance by female heirs, patrilocal residence-matrilocal residence; Hebrew patronymics-Hebrew matronymics; and in the Hebrew double unilineal descent pattern, both the patrilineage and the matrilineage are recognized and honored, but in different ways.

The blood symbolism of the Passover associated with Moses has a parallel in the blood symbolism of the scarlet cord associated with Rahab. The abusive behavior of drunken Noah toward his sons has a parallel in the abusive behavior of drunken Lot toward his daughters.
There is binary balance in the New Testament narratives also. Jesus restored the widow of Nain's deceased son to his mother (Luke 7:11-17). Jesus restored Jairus' deceased daughter to her father (Mark 5:21-43).

To understand the gender distinctions and binary balance of the early Hebrew, we must dismiss the false narrative that their social structure was patriarchal.

The traits of a strict patriarchy do not apply to the Hebrew from whom we receive the foundation of the Messianic Faith we call "Christianity". There were women chiefs and rulers among them. Women could inherit. Line of descent was traced through high-status wives, especially the cousin brides. Residential arrangements included neolocal, avunculocal, matrilocal, and patrilocal. Assessment of the biblical data reveals that male-female responsibilities and rights were balanced, yet distinct.

A very ancient practice is alluded to in Ruth 1:8-9. Here Naomi urges her daughters-in-law to return to their “mother’s house.” This is Naomi’s way of encouraging Orpah and Ruth to remarry. Hoping that they will marry again, Naomi sends them back to their mothers.
The “mother's house” is where women gathered to plan weddings for betrothed girls. The women attended to the practical arrangements for weddings and the items needed to set up a new household. On the other hand, the “father's house” was where the fathers deliberated the terms of the marriage involving dowry, inheritance, and property. The elders of the village were present to witness the deliberations. Sometimes fathers denied marriage to eligible daughters.
A woman who was forbidden to marry (or re-marry) was to return to her father's house. When Judah refused to marry another of his sons to Tamar, as was required by the Levirate marriage law, he told her to return to the father’s house (Gen. 38:11).
Scholars have noted that Rebecca ran to her mother's house to announce the marriage proposal from Isaac (Gen. 24:28). Running to her mother's house expressed Rebecca's willingness to accept Isaac’s proposal. This practice entails more than preparing for a wedding and a new household. It is about building a lineage. Naomi tells both of her widowed daughters-in-law to return to their "mother's house" in the hopes that they would remarry and have families.
Gender and the Priesthood
There are no female priests among the biblical Hebrew. The sacrificing priest would be covered with the blood of the slain animal. Since women were regarded as life-givers, their blood work (menses and childbirth) and the blood work of the priest could never be in the same space.
The male priest is a sign that points to the sacrifice of Jesus Christ. Every Christian priest stands at altar in the person of Christ whose maleness cannot be denied without eviscerating the biblical understanding of His blood sacrifice. By His death comes the forgiveness of sins.
Consistent with the binary balance of Scripture, we find the Virgin Mary is another sign that points to her son. The honor due to her is unique since she alone brought forth the Messiah, the Christ. By her submission and divine overshadowing (Luke 1:35) comes the One who overcomes sin and death.
A male standing at altar is appropriate when we contemplate the blood sacrifice of Jesus Christ. Women priests cause confusion because the sacrament of Christ's giving of Himself is about His Blood, a covering for sin. Female priests overthrow the binary balance.
Were we to contemplate the humble Virgin Mary, would it be appropriate to place before us a male image?
It is no coincidence that the innovation of women priests was first introduced by a denomination that had embraced Feminist thought and had created binary imbalance by promoting erroneous interpretations of Scripture and by dismissing the veneration of the Virgin Mary.
Eve, the Crown of Creation
In the creation stories Eve is the last creature to be given life by the Creator. In this sense she crowns the creation. The biblical Hebrew conceived of the order of creation as a hierarchy, somewhat like the shape of a mountain or a pyramid. The dwelling place of the High God is above the peak and at the peak is the crown of creation. Eve is vulnerable to attack by the Evil One who seeks to invert the hierarchy, placing himself at the head. Eve's submission to the ground-crawling serpent represents a metaphysical reversal of the divine order of creation.
We live in this reversed state until Christ returns. This is what the Apostle Paul means when he speaks of the whole of Creation groaning and yearning for the day of redemption (Rom. 8:22-23).
"For we know that the whole creation has been groaning together in the pains of childbirth until now. And not only the creation, but we ourselves, who have the firstfruits of the Spirit, groan inwardly as we wait eagerly for adoption as sons, the redemption of our bodies."

Related reading: Why Women Were Never Priests; Ten Objections to Women Priests; The Bible and Imagined Morality; The Church's Consensus on Women Priests; "Binary" is a Bad Word These Days
Posted by Alice C. Linsley at 1:52 PM