Was the Virgin Mary a Dedicated Royal Woman? 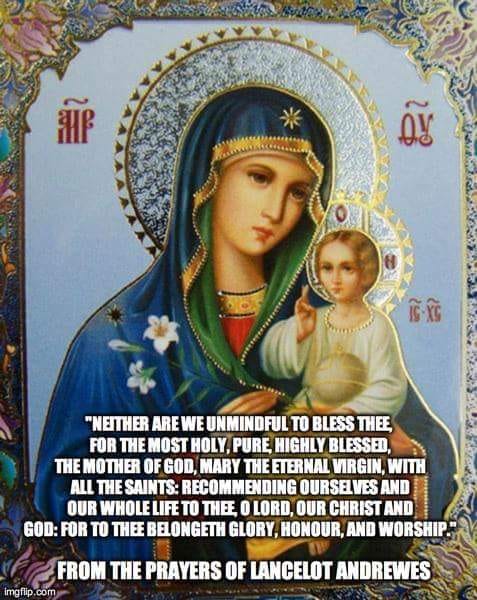 The Virgin Mary is a topic that stirs controversy between Protestants and churches that "venerate" or honor her: Anglican, Orthodox, Roman Catholic, and eastern churches in communion with Rome. Among the latter, Mary is acclaimed the"Mother of God" - Theotokos in Greek - in recognition of the divinity of her son Jesus. She is unique among women in that her son is the Son of the Father and the Messiah by whom salvation has come into the world.

Given the holy nature of the conception by the overshadowing of the Holy Spirit, and the centrality of the Incarnation in the Gospel, it is important to be careful in our language. We are speaking of holy matters concerning a woman who is described in the Bible as "blessed among women" by virtue of her appointment and consent to become the mother of the long-awaited Messiah.

Also, when speaking of Mary it is necessary to acknowledge that not every assertion about her can be substantiated by Scripture and the ancient Tradition that stands behind the Scriptures. The Scriptures present the whole of what we need to know about the Messianic Faith that we call "Christianity." The belief that a virgin should conceive the "Seed" of God (Gen. 3:15) by divine overshadowing (Luke 1) has roots so deep in antiquity that we must acknowledge a sacred Tradition existing before the Bible. Biblical Anthropology entails empirical investigation of that Tradition and the antecedents of Christianity.

A proper handling of the topic requires separate consideration of each belief about Mary to evaluate how it aligns with the data of Scripture and the Messianic Tradition. The assertions to be considered include the "perpetual virginity"of Mary; the "immaculate conception" of Mary; the sinless nature of Mary, the Assumption of Mary, and the Dormition of Mary.


The Substance of Various Claims

The perpetual virginity of Mary is attested by the early prayers of the Church in which she is said to be of "uncorrupt virginity" and is acclaimed "holy and undefiled." St. Ambrose of Milan, who is considered the "father" of the Western Church, uses the term "Ever-Virgin" and Athanasius uses the term Aeiparthenos, meaning ever-virgin: “Let those, therefore, who deny that the Son is by nature from the Father and proper to his essence deny also that he took true human flesh from the ever-virgin Mary." (Against the Arians)

To speak of Mary as "undefiled virgin" has little to do with sex. It is about her status as a dedicated virgin, the daughter of a priest. Joseph recognized her consecration to the Temple and did not have sexual relations with her. Mary was not expected to produce an heir for Joseph since he already had one by his first wife. Joseph's heir would have been among the "brothers" of Jesus mentioned in Matthew. Jerome calls them "cousins" which is also accurate. The terms "cousin" and "brother" are sometimes interchangeable because of the marriage and kinship pattern of the Hebrew ruler-priests who practiced clan endogamy.

The Church Fathers Irenaeus, John Chrysostom, Augustine, and Jerome held the doctrine of Mary's perpetual virginity, as did the Reformers Luther, Calvin, Cranmer, Zwingli and Wesley. The rejection of this teaching became widespread after the Reformers died. That said, most Protestants are able to accept the belief of the universal Church that Mary is the virgin mother of Jesus Messiah, who is also God, being one with the Father.

We encounter division and controversy when we come to late innovations such as the immaculate conception of Mary by which she is made to be without sin. This doctrine was not held by the Fathers and is not substantiated in Scripture or the Messianic Tradition. The notion of Mary's immaculate conception and sinless nature is attributed to the ninth century Abbot of Corvey, Paschasius Radbertus. By the 1300's it had become part of the Marian devotion throughout Europe.

Division also arises around the question of Mary's Assumption. This is an extremely recent assertion and without the warrant of Scripture and Tradition. The Assumption of Mary was made dogma by the Roman Catholic Church in 1950, when Pope Pius XII defined it ex cathedra in his Apostolic Constitution Munificentissimus Deus. According to this belief, Mary did not die, but was taken directly to Heaven.

The Orthodox churches, on the other hand, believe that Mary fell asleep in the Lord and that she reposed in a tomb near the Mount of Olives. The Church of the Sepulcher of Mary was built over the burial site believed to be that of the Virgin. The location of the Tomb is across the Kidron Valley from St Stephen’s Gate in the Old City walls of Jerusalem, just before Gethsemane, at the foot of Mount of Olives. Some believe this cannot be the location of her burial because the tomb is empty. However, that is to be expected, as the ruler-priest clans practiced secondary burial. Her bones would have been collected in an ossuary box and placed elsewhere. Here is a photo of the 2000 year ossuary of Miriam, the royal daughter of the High Priest Caiaphas. It is marked with the 6-prong solar symbol associated with the Hebrew ruling caste. The Aramaic inscription says, “Miriam Daughter of Yeshua Son of Caiaphas, Priests of Ma’aziah from Beth Imri.” 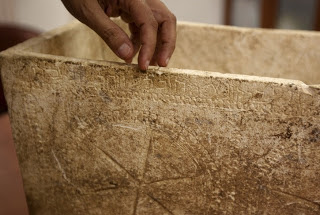 It is certain that Mary was of the ruler-priest class because even the Jews who hated her admit this. Sanhedrin 106a says: “She who was the descendant of princes and governors played the harlot with carpenters.”


The Bible and Mary's Virginity

Biblical Anthropology has much to contribute to a better understanding of Mary's virginity. Taking a deeper look we find that virginity in Mary's case refers to her role as a priest's daughter who was dedicated to the temple, much as Hannah dedicated Samuel to the temple.

In ancient times dedicated virgins led the people in singing. They played the timbrel and danced. There was a celibacy requirement for royal daughters dedicated to the temples and shrines. Temple virgins are described in the Old Testament as women who "watch [or wait] (צָבָא) at the door of the tabernacle.” In Exodus 38:8, we read that the laver of copper and its stand of copper were made “from the mirrors of the women who performed tasks at the entrance of the Tent of Meeting” (Hebrew Study Bible, p. 197).

Temple virgins performed many necessary tasks such as weaving. The connection between the the Virgin Mary and weaving is found in non-canonical books as well as in canonical books. Chapter 9 of the Gospel of Pseudo-Matthew describes how Mary and the other virgins were spinning thread in the Temple compound. Carrying a pitcher, Mary went out to a fountain where the angel said to her, "Blessed art thou, Mary; for in thy womb thou hast prepared an habitation for the Lord." The next day the angel appeared to her again while she is spinning. This icon shows Mary, the Mother of God, weaving purple thread.

Matthew 13:55-56 is often cited as evidence that Mary was not a virgin.


"Is not this the carpenter's son? Is not his mother called Mary? And are not his brothers James and Joseph and Simon and Judas? And are not all his sisters with us? Where then did this man get all these things?"

The terms "cousin" and "brother" are sometimes interchangeable because of the marriage and kinship pattern of the Hebrew ruler-priests who practiced clan endogamy. In Hebrews, Lot is called the "brother" (adelphos) of Abraham, but in fact Lot was Abraham's nephew, the son of Abraham's brother Haran who died in Ur.

Jesus is the Seed of the Father, who crushes the Serpent's head (Gen. 3:15). However, the passage from Matthew refers to the doubts of the Jews. They did not believe Jesus to be the Son of God, and they knew these were close kin since Mary and Joseph have common ruler-priest ancestors.

As Joseph's second wife Mary was not expected to produce an heir for Joseph. Further, Joseph would have understood that Mary was consecrated to God, being a temple virgin. He also was aware through angelic intervention that she was to bring forth the long-awaited Messiah.


"This is how the birth of Jesus Christ came about: His mother Mary was pledged in marriage to Joseph, but before they came together, she was found to be with Child through the Holy Spirit." (Matt. 1:18)

Joseph became her spouse protector rather than he sexual partner. As a righteous man, he did not presume to take that which rightfully belonged to God. Therefore, Mary remained a virgin both by virtue of her dedicated status and because of Joseph's righteous regard for her.