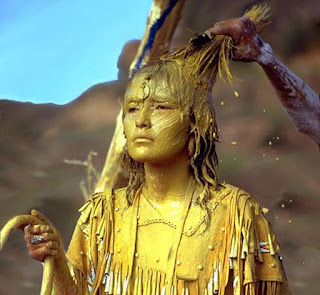 Apache girl
In many societies coming of age is marked by a rite of passage from childhood to adulthood. The transition is difficult, but swift. There is no prolonged adolescence as in Western societies. The transition to adulthood is difficult in Western societies because psychologists insist that adolescence is normal. In the West, the closest thing to an adult initiation rite is gaining a driver's license. There are no secular rites to guide the young person from childhood to adulthood.
In many cultures, coming of age rites are performed at the onset puberty. However, in some cultures, a person as young as 10 might be initiated into adult responsibilities.
Rites of passage vary from culture to culture and according to social rank. In Japan, the rite of Genpuku is reserved for persons of noble blood. Among biblical societies, it appears that royal sons were expected to slay lions or tigers.
In some families and communities (both east and west), a successful hunt is expected of the young male before he is regarded as an adult.
Among some Native American populations, the young person is separated from the community during his or her vision quest.
For girls in many cultures, first menses means transition to adulthood. For the Apache girl, this transition is celebrated at the Sunrise Ceremony. The four-day event involves dancing, chanting, and painting the full body with clay and mud (as shown above).
In Jewish communities, the bar mitzvah (males) or bat mitzvah (females) marks the beginning of adult responsibilities and is observed at age 12 or 13. 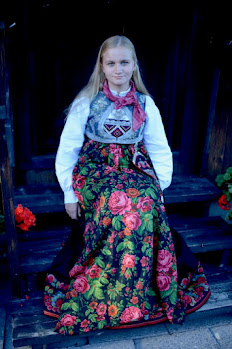 Norwegian girl at her confirmation (2016).
In some Christian traditions, confirmation serves as an initiation into adult roles. Some churches take the child's preparation seriously, requiring the child to study Scripture, learn the catechism, and make a first confession. In Norway, confirmation marks the transition to adulthood, and is one of the most important days in a Norwegian's life.
In traditional African communities, the young person is expected to endure physical hardship that may entail circumcision, scarification, tattoos, and removal of teeth (naak).
In some African villages before girls come of marriage age (13-15 years) they build their own huts next to the huts of their mothers. They mimic female adulthood until they marry, at which point they take down their small hut and move into a larger hut built by their husband and located with his kinsmen (patrilocal residence).
Often the transition from childhood to adulthood is marked by a change of clothing and hair style. The first time the young person appears before family members wearing the adult clothes is an occasion for celebration.
Coming of age rites among biblical populations varied. In ancient Egypt, adulthood began at age 14, and involved marriage and children. In ancient Greece, males as young as 16 married and were regarded as adults. Royal Assyrian sons took wives by age 20.
Some Hebrew sons were regarded as adults when they left the settlements of their mothers and went to live with their maternal grandfathers. This transition probably took place between ages 13 and 15.
Related reading: Age of Marriage and the Household: A Study of Neo-Babylonian and Neo-Assyrian Forms; Marriage and Ascendancy Among the Biblical Hebrew; Rites of Passage in the Bible
Posted by Alice C. Linsley at 10:55 PM

Email ThisBlogThis!Share to TwitterShare to FacebookShare to Pinterest
Labels: coming of age, rites of passage