Why So Many Names For God? 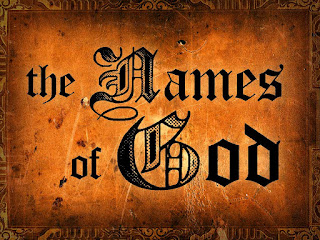 It is difficult to develop a chronology for these names because they represent different populations at different periods. Also, some populations had more than one name for the High God. We see this in the Hebrew Scriptures. God is known by the different names, including: El, Elohim, El Elyon, El Olam, YHWH, Adon (meaning “Lord’ and equivalent to Ba’al), and El Shaddai (related to the Akkadian word “shaddu” which means mountain).

The Horite and Sethite referred to God Father as Re (meaning “Father” in ancient Egyptian), and Anu (masculine “We” in ancient Egyptian). Re’s son was called HR which in ancient Egyptian means “Most High One.” The Greeks called him Horus. Horus was the parton of kings and the Nilotic rulers who became high kings had Horus names. HR is the root for many words: Hur, Hurrian, Horite, Horim, Horeb, etc.

Ea is the Babylonian and Assyrian name for God, derived from the ancient Akkadian. El is the Ugaritic name that was also found among the Ammonites, and Yah/YHWH is associated with Nilotic populations and the Shashu of Seir. In Genesis 36, Seir is named as a Horite ruler in Edom. The Soleb Temple Cartouche (1396-1358 BC) reads: “The Shashu of Yahweh's Land.” The cartouche is on the wall of Amenhotep III’s temple in Nubia.

In the ancient world, ethnic identity was tied to a distinctive name for the High God. Each group claimed their God to be more powerful than the God of their rivals. Often the name given in the Old Testament for the God of another population was intended to ridicule that people. An example is Chemosh, a derogatory name given to the High God worshiped by the Moabites and the Ammonites. The name means “As If He Saves.”

A similar attitude is found today among people who point to the theology of a rival and declare that their God is "too small."

Email ThisBlogThis!Share to TwitterShare to FacebookShare to Pinterest
Labels: Names for God