What Fugitives Faced in the Cities of Refuge 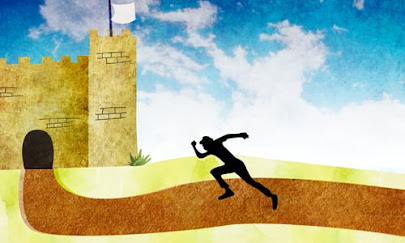 The six cities of refuge were under the authority of ruler-priests who were trained in the law. These were priests of the Horite Hebrew caste and their descendants were called "Levites." (See The Six Cities of Refuge.) The book of Leviticus provides a look at some of their ritual and moral laws.
The priest-judges took testimony and deliberated until they determined the guilt or innocence of the party seeking refuge. These were serious cases since the shedding of human blood polluted the land and the person responsible for the killing.
The cities of refuge were safe havens for one who accidentally killed, but people who killed intentionally went there also. When a person arrived at a city of refuge, court messengers protected the person and escorted him to the court.

Parties found guilty of murder by the priests faced execution. Innocent parties were to remain in the city until the death of the High Priest, at which time the party could return to his people and he was not to be harmed by any act of retribution.

If a fugitive died before the high priest, he was buried in the city of refuge. His body could be moved for reburial after the high priest died.
Moses fled to the priest of Midian after he killed an Egyptian, and he remained there until the Pharaoh died. The Pharaoh had the same spiritual and legal authority in his Kingdom as the High Priest had in Israel. Moses returned to Egypt after the Pharaoh died. God told Moses, "Go back to Egypt, for all those who were seeking your life are dead” (Exodus 4:19). This suggests that the legal precedent for treatment of fugitives in the cities of refuge predates Moses.
Among the Kings of Egypt, the more serious the offense, the more terrible the punishment. The Hayes Papyrus of the Late Middle Kingdom (3100-2250 BC) refers to five laws dealing with fugitives. Some fugitives were branded (D. Lorton, p. 18), and banished (like Cain).
The most serious crimes were those against the throne: robbing royal graves, insurrection, and hiding political enemies. The punishment for robbing grave goods and selling them was impalement, followed by dismemberment. Insurrection was sometimes met by being fed to the crocodiles, which would result in the second death since the body and the soul could not be reunited in the afterlife.
King Nubkheperra Intef (1571-1565 BC) had a Hyskos rival who apparently sought refuge in the Temple of Min. That temple was under the authority of the priest Teti, son of Minhetep. Intef responded by ordering an audit of the temple to uncover irregularities. Whether Teti was guilt of harboring a fugitive is not certain, but Teti was removed from office, lost all royal benefits to himself and his family, and his sons were no longer able to fill the hereditary office. Similar penalties were applied to an Egyptian ship captain who harbored a political fugitive about 240 years earlier (D. Lorton, p. 22).
Related reading: The Six Cities of Refuge; David Lorton, The Treatment of Criminals in Ancient Egypt
Posted by Alice C. Linsley at 11:50 PM