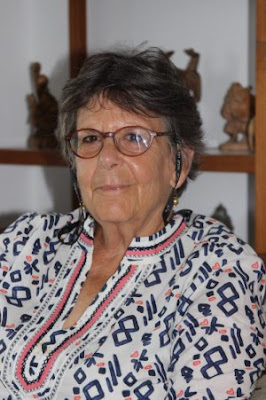 
One of the few safe anchorages along the southern Levantine coast, the ancient port city of Tel Akko served as a major maritime center for more than 3000 years. The tell is located east of the modern city of Akko, and is now a municipal park.


The first excavations at Tel Akko were under the direction of Moshe Dothan (1973-1989). His findings remained largely unpublished, but are being lifted up by Ann E. Killebrew and Michal Artzy, co-directors of renewed excavations on Tell Akko that are entering their 11th season.

Bronze and Iron Age Akko appears prominently in ancient Egyptian, Ugaritic, Assyrian, Greek, and Biblical accounts. One of the earliest references to Akko is found in the 15th century BC annals of Tuthmosis III.

This substantial urban center was inhabited from the Early Bronze Age into the Hellenistic period. The eclectic collection of artifacts reveals that Tell Akko was a cross-roads and meeting place between east and west throughout its history. Akko, Ashkelon and Ashdod had commercial relations with many kingdoms.

In 1973, the controversial Sign of Tanit was found stamped on a sherd from a storage jar. That sign is associated with the North African port city of Carthage. The sign has also been found at Ashkelon, a seaport city with a history dating back to the Neolithic Age.

In 2017, a tiny stone Eye of Horus was found at Tel Akko. It is believed to have been a burial amulet.

Salvage excavations have turned up stone and iron anchors, a loaf-shaped bronze ingot, bronze nails, gold coins, glass artifacts, jewelry, weapons, and ship rigging. Shown below is a terra sigilata plate with a depiction of a ship tied to a tree on the shore. 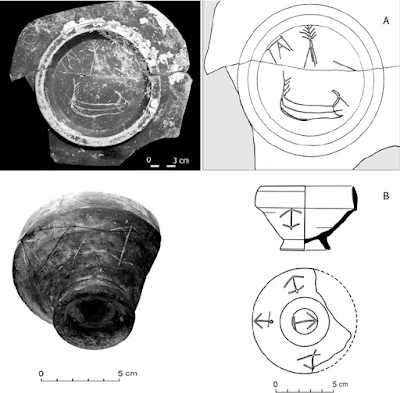 Kobi Sharvit, director of the Marine Archaeology Unit of the Israel Antiquities Authority, reports the discovery of “large mooring stones that were incorporated in the quay and were used to secure sailing vessels that anchored in the harbor c. 2,300 years ago."