Biblical Anthropology is the Work of Christians 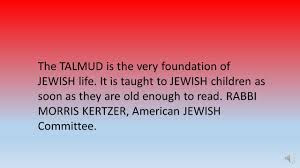 The science of Biblical Anthropology is primarily the work of Christians. In part, this is because Christians regard the Bible as the primary authority in matters pertaining to salvation. It has also been noted that Christianity has a tradition of reasoned inquiry. Ian Hutchinson, a world-renown plasma scientist at MIT, did a study of Christians in science and found that about 60% of the pioneers in the physical sciences were Christians. My own research suggests that the figure is closer to 70%.

Obviously, Jews study the Hebrew Bible (Old Testament) and many Jews have made contributions in the sciences. Yet none have contributed directly to the advancement of Biblical Anthropology. In fact, some have been hostile to the findings of Biblical Anthropology. This is because the hard data does not support their narrative of Abraham as the first Jew, and Judaism as his religion.

Jews are less than enthusiastic about Biblical Anthropology because the ancestral faith confirmed by Biblical Anthropology is not the faith of Judaism. Honest rabbis admit this. Rabbi Stephen F. Wise, former Chief Rabbi of the United States, answers this question in part. He wrote: "The return from Babylon and the introduction of the Babylonian Talmud mark the end of Hebrewism and the beginning of Judaism.”

For Jews the Bible is less important than the Talmud. The Talmud encourages them to place it above the authority of the Scriptures. Consider this: “My son, be more careful in the observance of the words of the Scribes than in the words of the Torah." (Talmud Erubin 21b)

Consider this from a SUNY professor, Robert Goldberg, who explains; “The traditional Jew studies Talmud because it communicates ultimate truth—truth about God, truth about the world, and most important, truth about how God wants the holy community of Israel to live.” Christians are advancing the field of biblical anthropology because we take the biblical texts seriously and we regard them as truthful.

Biblical Anthropology provides the unique and exciting opportunity to explore biblical data through the lens of anthropology. This hasn't been done in the seminaries so pastors are largely unaware of the findings in Biblical Anthropology. In fact, when they hear "biblical anthropology" they think of the theological discussion of human nature as it is presented in the Bible. Our task is to think more scientifically than theologically. We want to read the biblical texts very carefully, paying close attention to information that helps us to better understand the religious practices and social structures of biblical peoples.

I recommend not reading the Scripture through the lens of rabbinic writings. By 90 AD the rabbis were so hardened against the Messianic Faith that they worked to disguise the evidence of Jesus' Messianic identity by willfully misinterpreting scriptural references to Messiah. This often took the form of applying Messianic passages to Israel as God's anointed people.

Another means of misleading people concerning Jesus' identity was to elevate the Law over the Prophets. Judaism maintains that the Major and Minor Prophets are subordinate to the Law of Moses on the basis of Malachi 3:22, which reads: “Remember the Torah of Moses, my servant, which I commanded him at Horeb for all of Israel – its decrees and statutes.”

Maimonides quoted this verse in the Mishneh Torah as a proof that prophets are not to be interpreted as bringing new teaching, but should be understood as warning people not to trespass Torah. This is a mistaken view since critical scholarship has demonstrated that the Torah and the Prophets "are separate corpora originating in the same time period" (The Jewish Study Bible, p. 1144).

Jesus' Messianic identity is obfuscated further by the rabbinic elevation of the Talmud over the Torah. Jews believe that the Talmud contains truth of greater authority than the Bible. The Talmud itself encourages readers to place it above the authority of the Old Testament. We read this explicit instruction: “My son, be more careful in the observance of the words of the Scribes than in the words of the Torah." (Talmud Erubin 21b)

Note that the Talmud is not studied for information about Messiah. In fact, it is generally anti-Jesus in tone. It says that Messiah is Yeshu, the son of Joseph, yet it claims in Sanhedrin 43a that Jesus (Yeshu) the Nazarene was executed because he practiced sorcery. Sanhedrin 106a says Jesus' mother was a whore: “She who was the descendant of princes and governors played the harlot with carpenters.”

The Talmud teaches that Jesus Christ was illegitimate and was conceived during menstruation; that he had the soul of Esau; that he was a fool, a conjurer, a seducer; that he was crucified, buried in hell and set up as an idol ever since by his followers.

Finally, to lead their people from the truth concerning Jesus Messiah, the rabbis elevate their own doctrines over the “doctrine of the Lord." In the tract Babha Metsia, fol. 33a, we read: "Those who devote themselves to reading the Bible exercise a certain virtue, but not very much; those who study the Mischnah exercise virtue for which they will receive a reward; those, however, who take upon themselves to study the Gemarah exercise the highest virtue."

Likewise in the tract Sopherim XV, 7, fol. 13b: "The Sacred Scriptures is like water, the Mischnah wine, and the Gemarah aromatic wine."

Is it any wonder then that it is Christians, rather than Jews, who have pioneered the science of Biblical Anthropology? Science requires empirical evidence and the evidence of Scripture, archaeology, linguistics, anthropology and genetics supports the claim that Jesus is the Messiah.