The Northern Range of Archaic Humans

Upper Paleolithic sites in Russian high latitudes are considered as evidence of an Arctic expansion of modern humans. At Byzovaya, in the western foothills of the Polar Urals, the technological structure of the lithic assemblage is comparable to Mousterian Middle Paleolithic industries that have been exclusively attributed to the European and Eurasian Neandertal populations. 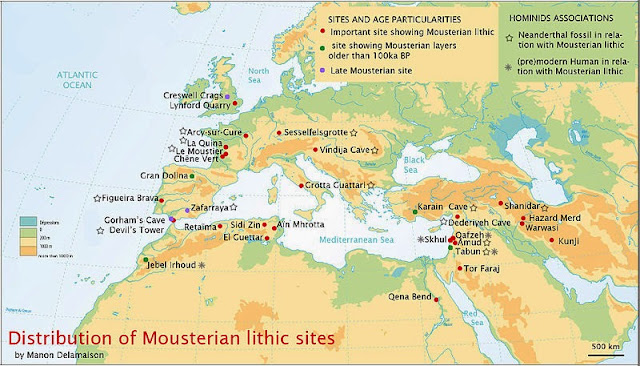 Radiocarbon and optical-stimulated luminescence dates on bones and sand grains at Byzovaya indicate that the site was occupied about 31,000 to 34,000 years ago, at the time when only Upper Paleolithic cultures occupied Eurasia. Byzovaya may thus represent a late northern refuge for Neandertals, about 622 miles (1000 km) north of earlier Mousterian sites.