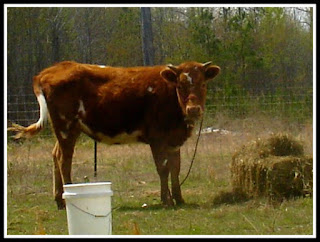 
John the Baptist pointed to Jesus and said, "Behold the Lamb of God that takes away the sin of the world."  John knew that his cousin was born in Bethlehem, the home of an ancient and highly respected line of shepherd priests. Jesus speaks of himself as the "Good Shepherd" in John 10, but he never referred to himself as the "Lamb" of God.

In the Parable of the Prodigal Son, he used the "fatted calf" to speak of Himself as the sacrifice (Θυσατε) and the feast (Eucharist) that come when the Father embraces the repentant sinner. The fatted calf is about sacrifice and the Eucharistic feast, as noted in Clark's Commentary: 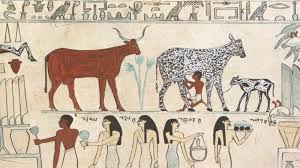 The fatted calf, and kill it - Θυσατε, Sacrifice it. In ancient times the animals provided for public feasts were first sacrificed to God. The blood of the beast being poured out before God, by way of atonement for sin, the flesh was considered as consecrated, and the guests were considered as feeding on Divine food.

Clearly the "fatted calf" is a Messianic reference. The sacrificed red cow was to have been a perpetual sacrifice for the people of Israel. The cow is sacrificed and burned outside the camp and the ashes used for "water of lustration." (Numbers 19:9)

Among Abraham's cattle-herding ancestors the fatted calf was sacrificed and eaten to solemnize covenants, upon resolving disputes over water rights, and when making reconciliation between opposing parties. Clearly, the "fatted calf" is not merely a metaphor of celebration for someone's long-awaited return.


Related reading: Who is Jesus?; Fundamentalism and Syncretism in Hebrew History; Boats and Cows of the Proto-Saharans; Why Cows Were Sacred in the Ancient World; Edo, Edom, Idumea: Land of Red People; The Red Heifer; The Edomites and the Color Red