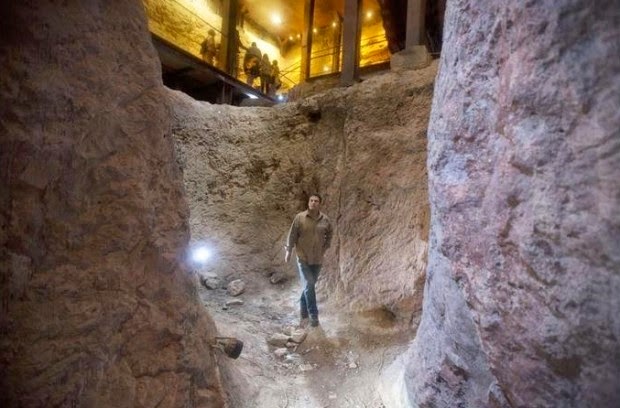 
The Israeli archaeologist Eli Shukron believes he has found the legendary citadel captured by King David. Shukron, who excavated at the City of David archaeological site for nearly two decades, says he believes strong evidence supports his theory.

"This is the citadel of King David, this is the Citadel of Zion, and this is what King David took from the Jebusites," said Shukron, who said he recently left Israel's Antiquities Authority to work as a lecturer and tour guide. "The whole site we can compare to the Bible perfectly."

There is no doubt that King David was a historical figure.  A written reference to the "House of David" was found in an archaeological site in northern Israel. However, archaeologists are divided on which sites in Jerusalem are identified with David.

Shukron's dig, which began in 1995, uncovered a massive fortification of five-ton stones stacked almost 20 feet wide. Pottery shards helped date the fortification walls to be 3,800 years old. They are the largest walls found in the region from before the time of King Herod, the ambitious builder who expanded the Second Jewish Temple complex in Jerusalem almost 2,100 years ago. The fortification surrounded a water spring and is thought to have protected the ancient city's water source.

The fortification was built 800 years before King David would have captured it from its Jebusite rulers. Shukron says the biblical story of David's conquest of Jerusalem provides clues that point to this particular fortification as David's entry point into the city.

I believe that Eli Shukron has found the citadel of David (Zion), but these things are difficult to prove definitively. Watch this video.


One of the impressive finds is a small golden bell, such as might have been worn on the hem of a priest's garment. This was recovered from the ancient sewer system. The bell's owner likely "walked in the street, and somehow the golden bell fell from his garment into the drainage channel," Shukron said.

The golden bell dates from the Second Temple period, and is an important relic. The Second Temple stood from about 515 B.C. until A.D. 70 when it was destroyed by the Romans. Herod, the builder of the Second temple, was of Edomite ancestry.

Zi-on or Si-On means "Son of On." Joseph married the daughter of the priest of On. On was the premier Horite temple city of the ancient world. The royal pyramids of Giza, Abusir, and Saqqara were aligned to the obelisk of On (Heliopolis) in Egypt. Recently a 10,000 year obelisk was found in Judah. It also was east-facing. 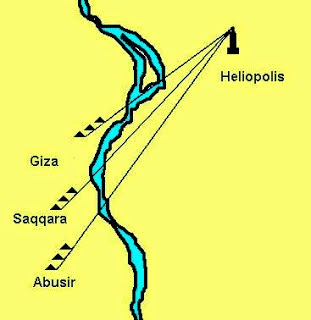 The Edomites and the Jebusites built their "high places" where there were natural springs or permanent sources of fresh water. They were masters at building with large stones and creating underground water channels. Petra is an example of Edomite workmanship. The architecture there reflects Horite Hebrew (Akkadian "Abrutu") architecture.

The Edomites, like King David, are described in the Bible as having a red skin tone. This suggests that their ancestry is of exceptional antiquity. Melchizedek was the ruler-priest of Yerusalem (Yebu) in Abraham's time, and a kinsman of Abraham. Abraham ruled in the territory of Edom. Some of the rulers of Edom are listed in Genesis 36.