The Scatter-Gather Motif in Judges


The book of Judges contains interesting details about various clans, tribes, and scattered peoples living in Canaan before the establishment of the monarchy. We will focus on three groups whose stories illustrate the scatter-gather motif in Judges. These are the clans of Caleb, Ephraim, and the scattered peoples called “Perizzites.”

The Clan of Caleb


Caleb's name is spelled with the same consonants as כֶּלֶב kéleḇ,  meaning “dog.” The dog was the totem of Caleb’s clan and the clan understood the canine nature. Dogs tend to move in packs and they are the most dangerous when together. They gather to hunt and kill, but they often separate to eat the kill, dragging their piece of flesh away from the pack. In other words, they gather, then scatter.

The clan of Caleb was known to produce brave and bold warriors. The Hebrew word for warrior is gid'on (Gideon). This allusion to the dog clan is found in Judges 7:4-7:


Here we have an acknowledgement of the Caleb clans as chosen warriors. Gideon was a descendant of Caleb.  As such, he might have shown preference to his clansmen who he knew to be great warriors (and loyal to him as their leader), but Gideon can not be accused on showing favoritism since God gathered the warriors from among the many tribes and clans of Israel.

1 Chronicles 2:50 tells us that Caleb’s firstborn son was Hur (HR). Hur’s firstborn son was Shobal, the founder of Kiriath-jearim where the Ark resided until it was moved to Jerusalem. Shobal the Younger was named after his maternal grandfather, according to the Horite pattern whereby the cousin or niece bride named her firstborn son after her father. Shobal is a Horite name, so some of Gideon’s clan can be traced through his cousin or niece wife to the Horites of Genesis 36.

Caleb is noted as being the son of Jephunneh the Kenizzite (Numbers 32:12). The Kenizzites are often listed with the Perizzites as in Genesis 15:18-21. Kenizzite derives from an ancestral name Kenaz and is related to the name Kain and Kenan (Gen. 4).  Caleb’s brother was named Kenaz (Jos. 15:17; Jg 1:13; 1Ch 4:13).  After killing Abel, Kain was banished or told to scat from his homeland.  "Scat" is related to the verb to scatter.  His descendants scattered abroad (cf. Genesis 11:8).

The Clan of Ephraim


A reader from Nigeria who posts as “YT” wondered if some of the Yoruba might be related to the Ephraimites.  He noted that during the Yoruba intertribal wars, a subgroup living in the area of Ibadan in Southwestern Nigeria were identified by their difficulty in pronouncing the sh sound (as in shoe).  The sh sound is not common in the dialect of this Yoruba people. YT wondered if these people might be related to the Ephraimites. He is referring to this verse of Scripture:

The Gileadites captured the fords of the leading to Ephraim, and whenever a survivor of Ephraim said, "Let me cross over," the men of asked him, "Are you an Ephraimite?" If he replied, "No," they said, "All right, say 'Shibboleth.'" If he said, "Sibboleth," because he could not pronounce the word correctly, they seized him and killed him at the fords of the . Forty-two thousand Ephraimites were killed at that time. (Judges 12:5-6)

The strange thing about the Judges story is that the Ephraimites should have been familiar with the sh sound. Egyptians had this sound in their language and Ephraim is associated with Joseph of Egypt. The Egyptian sh was represented by this hieroglyph: 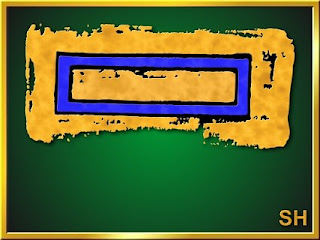 In Old Nubian, the sh phoneme (as in shoe)was much less common than the s sound (as in sand).

The historical background of this reference is important. Ephraim was located next to Dan. Joppa, a principal city of Dan, was occupied by an Egyptian garrison during the Late Bronze Age (c. 1550–1200 BC). Ephraim and some of Manasseh's descendants lived on the west side of the directly opposite the other half of Manasseh and their kinsmen of Gad. Ephraim and Manasseh were of the Niolitic House of Joseph. Their plant totem was the ceph or sedge ( reeds). The clans of the so-called "half-tribe of Manasseh" and Gad were of the House of Jacob (Aramean). Living on the opposite sides of the these clans had to cooperate in their control of the river commerce. The scattered were gathered around the Jordan River, which like tied these clans together. 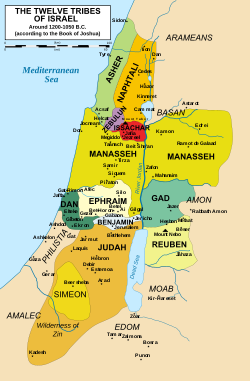 The Perizzites
After Levi and Simeon murdered the men of Shechem, Jacob declared to them: “You've made the people living in the area, the Canaanites and the Perizzites, hate me.”

In Judges we read that the king of the Scattered People resided in Bezek (Bezeq as in the shattering lightning of Ezekiel 1:14). Bezek means “scatter.”  The king of Bezek delighted in cutting off the toes and thumbs of the rulers he conquered. This was his trademark form of torture. The toes and thumbs were scattered and the rulers were made to gather crumbs like dogs under the Bezek’s table. When Judah and Simeon captured the King of Bezek, they did to him what he had done to the other rulers. Perhaps word of this retributive justice took some of the edge off the Canaanites hatred of Jacob’s people.

Later God warns the clans of Jacob and Joseph through Joshua (Yeshua) that they will be treated the same if the people slip into idolatry: "The LORD will scatter you among the peoples” (Deut. 4:27). This came true as is evident in the story of the Syro-Phoenician woman, a Greek who was born in the land of Canaan. Note how her story relates to this theme of being scattered and gathered.  Here again we find the reference to the dog under the king’s table.


Jesus left that place and went to the vicinity of Tyre. He entered a house and did not want anyone to know it; yet he could not keep his presence secret. In fact, as soon as she heard about him, a woman whose little daughter was possessed by an impure spirit came and fell at his feet. The woman was a Greek, born in Syrian Phoenicia. She begged Jesus to drive the demon out of her daughter.


“First let the children eat all they want,” he told her, “for it is not right to take the children’s bread and toss it to the dogs.”


“Lord,” she replied, “even the dogs under the table eat the children’s crumbs.”

The brilliant Anglican liturgist Thomas Cranmer understood the scatter-gather motif behind this story. He placed the “Prayer of Humble Access” before the distribution or scattering of the consecrated bread and wine. The prayer appeared in the Order for Communion in 1548 and in First Prayer Book of Edward VI (largely Cranmer’s work) published in 1549. It does not appear in any previous liturgical texts.

We do not presume to come to this thy Table (O merciful Lord) trusting in our own righteousness, but in thy manifold and great mercies. We be not worthy so much as to gather up the crumbs under thy Table. But thou art the same Lord, whose property is always to have mercy: Grant us therefore, gracious Lord, so to eat the Flesh of thy dear Son Jesus Christ, and to drink his Blood, in these holy Mysteries, that we may continually dwell in him, and he in us, that our sinful bodies may be made clean by his Body, and our souls washed through his most precious Blood. Amen.