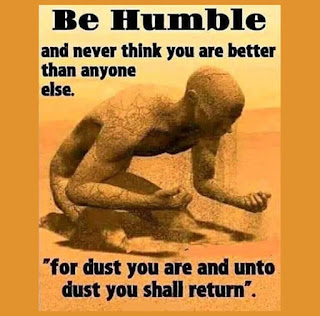 
Hawking's statement has been criticized as an absurd opposition between religion based solely on authority and science based solely on observation. However, Hawking is correct in asserting this distinction. All religions claim textual authorities or, in the case of pre-literate societies, oral tradition. Science does well to the degree that empirical approaches are necessary to verify laws, patterns and substances of the material world.  However, true religion and true science are not so different in their method.  Both make assertions based on observation.  They simply observe things differently.  The scientist must work with the material world, so I work with the biblical text.  Religion observes the material world and its metaphysical extension.

As a biblical anthropologist, I apply science to the study of the Bible.  I'm seeking data on the pages of the biblical text that either confirm or disprove my hypothesis. When it comes to analysis of the kinship patterns of Abraham's Horite people the results are replicable by anyone and the results would be the same regardless of who, where and when the analysis was done. When something is both replicable and universal it is authoritative.

The ancient Afro-Asiatics layed the foundation for many branches of science. They made discoveries in animal husbandry, plant cultivation, the discovery of antibiotics, metal work, astronomy, geometry and algebra. For the ancient Afro-Asiatics, who were both scientists and deeply religious, there was never a conflict. They observed patterns in the heavens and on earth and what they observed spoke to them about the Creator. St Paul says that this is how God designed things.  He wrote that God's eternal power and divine nature are clearly perceived by means of what God created. In other words, the order of creation reveals the invisible qualities of the Godhead (Romans 1:20). Hawking is a very bright man, but he doesn't hold a candle to the Apostle Paul when it comes to understanding the antecedents of the natural world and its metaphysical extension.

Even Jacques Derrida, an Arabic-speaking Jew from Algeria, identified a constant metaphysical presence which has been called by different names. Derrida wrote, “It would be possible to show that all the terms related to fundamentals, to principles, or to the center have always designated the constant of a presence, ... essence, existence, substance, subject, ... transcendentality, consciousness or conscience, god, man, and so forth.”

False science does not succeed in being authoritative because it ignores "the constant of a presence" or makes Man that constant. We might argue with Hawking over the significance of human existence, but his assertion that religion is based on authority and science on observation is mostly true. Ultimately, true religion and true science seek to encounter and describe what is real and true.  Both bow to "the constant of a presence" at the center.  However, western science often grows frustrated by the necessity of negative definition. It is an approach more comfortable to the eastern mind. Saying "something isn't" is also a statement about presence, and this is how God's divine nature and non-material reality is most often described in the Semitic world.