British anthropologist Edward Burnett Tylor proposed that religion evolved in stages from animism to polytheism to monotheism. He attempted to trace this evolution of religion to support his theory. The relationship between "primitive" societies, and "civilized" societies was a key theme in 19th century anthropological literature.

In his two-volume work Primitive Culture (1871) Tylor posed polytheism as an intermediate stage that coincided with the emergence of distinctions of rank: "As chiefs and kings are among men, so are the great gods among the lesser spirits. They differ from the souls and minor spiritual beings which we have as yet chiefly considered, but the difference is rather of rank than of nature" (vol. 2, p. 334).
Animism is the belief that significant animals, plants, rocks, streams and sacred places possess vitality/anima and participate in some way in spiritual experiences. Animistic communities recognize blood as the primary substance of life. Blood was symbolically represented by red ocher and red ocher burials were universal expressions of the hope for life after death.
Polytheistic religions recognize multiple deities, though often one is ranked higher than the others (henotheism). Polytheism describes late Egyptian religion which was highly syncretistic. However, elements of the earlier belief in God Father (Re) and God Son (Horus) remained in Egyptian religion.
Tylor and his contemporaries Herbert Spencer and James Frazer sought to align evolutionary theory with their perceptions of the development of religions. Their writings presented "primitive" populations as intellectually inferior with childish beliefs in magic, and incapable of monotheism. In fact, the data indicates that exactly the opposite is true: the more primitive the population's lifestyle and the more closely connected to the earth for survival, the more likely the population is to believe in a beneficent Creator God.
The dogmatism of early evolutionary anthropologists appears to have blinded them to the evidence that belief in a supreme High God predates polytheism. Long before the early kingdoms rose in the Ancient Near East, populations living in the Upper Nile Valley believed in God Father. 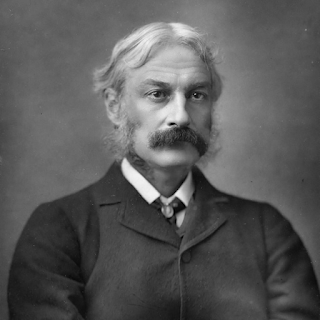 Against the evolutionary anthropologists stood Andrew Lang, a student of Tylor who contended that the historical evidence reveals that “primitive” peoples tended to monotheism or henotheism. Lang concluded in 1898 that the idea of the Supreme Being, the High God or "All Father" existed among many primitive tribes prior to Western contact. Comparative studies of creation stories confirm this.
While studying tribal peoples in northern Nigeria, Dr. Charles Kraft asked a local chief, "What did your people believe about God before the missionaries came?" The old chief told this story:

"Once God and his son lived close to us. They walked, talked, ate, and slept among us. All was well then. There was no thievery or fighting or running off with another man's wife like there is now. But one day God's son ate in the home of a careless woman. She had not cleaned her dishes properly. God's son ate from a dirty dish, got sick, and died. This, of course, made God very angry. He left in a huff and hasn't been heard from since." (Charles Kraft, Christianity in Culture, Orbis Books, 1990, p. 153)

The German ethnologist Wilhelm Schmidt (1868–1954) coined the term "Urmonotheism" to speak of the primitive worship of a High God as opposed to a pantheon of gods. In his 12-volume Der Ursprung der Gottesidee (The Origin of the Idea of God), Schmidt argued that the earliest religions were monotheistic or henotheistic with a conception of the High God as dwelling above in the sky or heavens.
When I taught World Religions the required text taught that the oldest known religion is Hinduism. However, the evidence of ancient texts, anthropology, archaeology, and linguistics does not support that assertion. The rudimentary Messianic Faith is expressed in the religion of the Horite and Sethite Hebrew and can be studied in such ancient documents as the Coffin Texts, the Egyptian Book of the Dead, and the Pyramid Texts. Many of the Pyramid Texts predate the oldest Hindu texts by at least 1200 years.
Contrary to another popular opinion, monotheism was not invented by Pharaoh Akhenaton and transmitted to the Jews through Moses. Moses was the recipient of a much earlier tradition that should be identified as "Messianic" since it held that God Father had a divine son.
Winfried Corduan's book In the Beginning: A Fresh Look at the Case for Original Monotheism argues that the evolutionary paradigm held by early secularist anthropologists such as Tylor is spectacularly wrong, and informed anthropologists know it.
Why is the erroneous theory perpetuated? Probably because the dominance of evolutionary paradigms has not yet passed, and only a few are willing to acknowledge that belief in God Father and God Son is the oldest known religion.
Related reading: On Blood and the Impulse to Immortality; Dr. Winfried Corduan on the case for original monotheism (podcast); The Case for Ancient Monotheism (video); The Substance of Abraham's Faith; Andrew Lang Reflects on his Mentor E.B. Tylor
Posted by Alice C. Linsley at 2:50 PM