Promoting YEC by Undermining the Truth 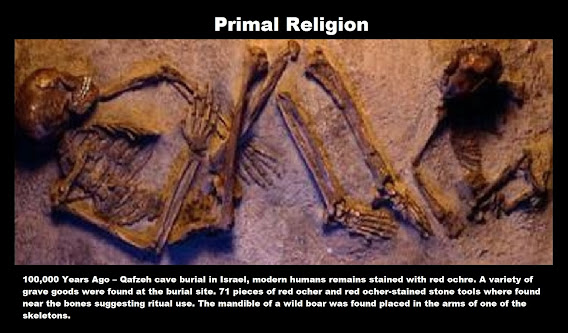 I am writing as a pioneer in the emerging science of Biblical Anthropology, an empirical approach to the canonical Scriptures that avoids denominational interpretations. A biblical anthropologist studies the Scriptures to identify anthropologically significant data that clarifies the cultural contexts of ancient biblical populations, and especially the social structure of the biblical Hebrew. This interdisciplinary approach considers kinship patterns, morphological study of human fossils, DNA studies, data about the migration of ancient populations, burial practices, and sacred symbols.

Biblical Anthropology is rigorous in that no assertion can be made without data and no assumption can stand untested. Anthropological data in the Scriptures can lead to a better understanding of the origin of the Messianic Faith among Abraham’s ancestors, shine light on contextual incongruities, and uncover antecedents of beliefs and practices. Where did the idea originate that humans were created from the soil? What is the origin of Messianic expectation? Where is the oldest known site of Hebrew worship? What is the significance of the ubiquitous solar symbolism among biblical populations?

Biblical Archaeology and Biblical Anthropology are complementary disciplines. The archaeologist digs artifacts to gain a better understanding of the material culture of populations associated with the Holy Land. The Biblical Anthropologist digs data out of the Bible to better understand the cultures and social patterns of biblical populations from Africa to Europe. The skill sets of the two disciplines are different, but they share a common objective to gain greater clarity.

I see a great deal of pseudo-science and half-truths among anthropologists who disdain religion in general and Christianity in particular. Their scholarship is like a map out of which numerous holes have been cut. Is it any wonder that so few anthropologists are people of faith? In the universities they are never shown the whole map. They miss the paths that lead to verification of the core Christian beliefs and the veracity of Scripture.

Yet anthropology has much to offer to the Church and to those to read the Bible. A principle in anthropological investigation states that the older culture traits, symbols, and beliefs are those found most widely dispersed globally. Expectation of a righteous ruler who would die and rise from the grave and lead his people to immortality was held by the Hebrew (Akkadian: Abrutu) ruler-priests 6000 years ago. They spread this belief wherever they dispersed in the service of kingdom builders like Nimrod. This means that their belief in bodily resurrection is central to the oldest known religion.

Young Earth Creationists consistently ignore anthropological data because it shows that humans have been around for millions of years. By insisting that the Earth is only 6000-8000 years, Young Earth Creationists deny the weighty evidence that God was laying the ground among archaic human populations for the Messianic Faith that would eventually be fulfilled in Jesus.

The hope for immortal life is evident in the widespread, archaic practice of burial in red ocher, a symbolic blood covering.

Red ocher was used 300,000 years ago at site GnJh-03 in the Kapthurin Formation of East Africa, and at Twin Rivers in Zambia.

Red ocher burials dating to 100,000 year ago have been found at the Qafzeh Cave in Lower Galilee.

A man buried at La Chapelle-aux-Saints in southern France was buried in red ocher 45,000 years ago.

A man was buried in red ocher in Paviland Cave, Wales 35,000 years ago.

Four bodies were buried in red ocher at Sungir in Russia 32,000 years ago.

The "Fox Lady" of Doini Vestonice, Czechoslovakia, was buried in red ocher 26,000-23,000 years ago. Around the same time, Lake Mungo Woman (LM1) was cremated and her remains were sprinkled with red ocher in Australia.

A woman buried in Santa Maria di Agnano cave in Italy was buried 24,000 years ago with hundreds perforated shells and her head was covered with red ocher paste.

A woman was buried in red ocher in El Mirón Cave in Northern Spain 19,000 years ago.

A young child was buried in red ocher 11,000 years ago in Alaska.

The global nature of the practice of red ocher burial tells us that it is extremely old. It suggests that God has been pointing humanity to the Christ event for many thousands of years.

The Bible asserts that life is in the blood. That is true in terms of human biology and it is true in a metaphysical sense. The Blood covering that brings immortality has been revealed. Christians are to make this evident to the world. We cannot do that if we deny the facts or obfuscate the truth.

Related reading: Artifacts of Great Antiquity; On Blood and the Impulse to Immortality, The Age of the Earth and the Evidence of Human Occupation; Genesis and Inerrancy; Righteous Rulers and the Resurrection; Oldowan Culture of Archaic Humans 2.6 Million Years Ago