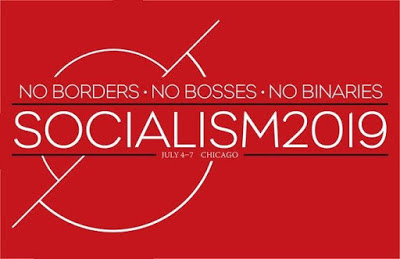 Borders and boundaries in the biblical worldview are a good thing. The Egyptian, Assyrian, and Babylonian imperialism was regarded by the prophets as a painful lesson that Israel should uphold the spiritual boundaries and geographical borders.

Today the question of national and symbolic borders is highly politicized and polarizing. Doubtless, some of this heat comes from the on-going conversation among sociologists and anthropologists about the nature of Man.

Are humans instinctively "tribal" and bound to a region of land? Some Native Americans and African tribal groups believe that the Creator made the first peoples of the soil where their people were to dwell. This is called autochthonous origins, and the idea is found in many cultures. It is expressed in Genesis 2 which speaks of humans coming from or being made of the soil (humus).

Winona LaDuke, of the White Earth Anishinabe, points out that “Grassroots and land-based struggles characterize most of Native environmentalism. We are nations of people with distinct land areas, and our leadership and direction emerge from the land up.” (LaDuke, All Our Relations, p. 4)

These populations seek to protect their unique cultural identities and recognize their common humanity. They favor geographical and spiritual boundaries AND affirm common humanity. This expresses a balanced and wholesome mindset.

This idea of land belonging to a people is not popular in our day. It is seen as a primitive mindset that must be overcome for a borderless world to emerge. Until the majority of Earth's inhabitants gain "openness to the world" we will remain in our separate spaces with our individual traditions and customs.

Globalization and corporate land grabs require that people evolve to a state of existential openness to the world. This principle relies on the work of the 20th century German philosopher, Martin Heidegger. He formulated a concept of existence as “being-in-the-world” or Dasein. Dasein involves an existential openness to the world that is constituted by the attunement (Gestimmtheit) of a mood or state of mind. All this to say that the individual’s existence is only as open to the world as the attunement of one’s mood or mind.

We can expect more from the mind-changing forces. How will your thinking change? Will you willingly become a citizen of a borderless world? Or will your mind be formed and informed by the biblical exhortation to guard and defend borders and boundaries?