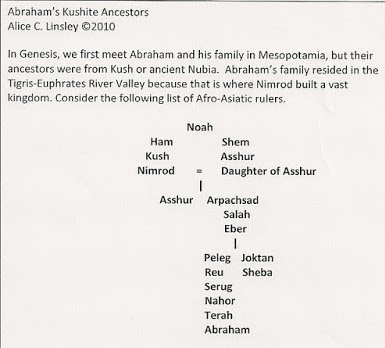 Boaz was a wealthy Hebrew nobleman of Bethlehem. He was married, owned property, deliberated at the town gate, and took Ruth as his second wife.

If Boaz married according to the pattern of his Horim, he would have had two wives. Other Hebrew rulers with two wives include Lamech, Terah, Abraham, Esau, Jacob, Amram, Moses, Elkanah (Samuel's father), Ashur (1 Chronicles 4:5), Mered (1 Chronicles 4); Joash (2 Chronicles 24:1–3), Jerahmeel (1 Chronicles 2:26), and Shaharaim of Moab (1 Chronicles 8:8). Caleb fathered children by his wives Azubah and Jerioth.

Obed was the first born son of Boaz and Ruth. He is the grandfather of David. In 1 Chronicles 26:4 some of the Temple doorkeepers are designated "sons of Obed-Edom", indicating a connection between Bethlehem and Edom. For three months the Ark of the Covenant rested in David’s hometown of Bethlehem in the house of Obed-Edom and was guarded by Jaar of Bethlehem, a weaver.

Ruth was from Moab. Since the Hebrew rulers only married within their Hebrew clans and there were Hebrew ruler-priests in Moab, it is very likely that Ruth and Boaz were blood relatives. Both were descendants of Terah. Boaz's ancestry is traced from Hezron, Ram, and his father Salma/Salmon (Ruth 4; 1 Chronicles 2). Ruth's ancestry is traced from Terah, Haran, and Lot, the father of Moab, and probably Shaharaim. Shaharaim was a Horite Hebrew priest living in Moab.

Ruth did not convert to Judaism, because Judaism did not exist at the time of Boaz and Ruth.

Boaz is likely derived from the Akkadian Bu-Uz-Kir which means “being of the land belonging to Uz.” The words bo, ba or bu are affixes in many Afroasiatic languages. For example, BoSede in Yoruba means “Born on Sunday” or literally “Being of Sunday.” Among the Fula the prefix ba designates the person’s point of origin or homeland.

The clan was named for Uz, the grandson of Seir the Horite Hebrew ruler of Edom (See diagram below.) Seir and Uz are named in Genesis 36. Genesis 36:31 explains that these ruled in Edom before there was ever a king in Israel. This is significant because it suggests that the Hebrew clans of Edom held land in Bethlehem.

Related reading: The Edomites and the Color Red; Temple Guilds; The Extent of Edomite Territory; The Ark Rested in Bethlehem