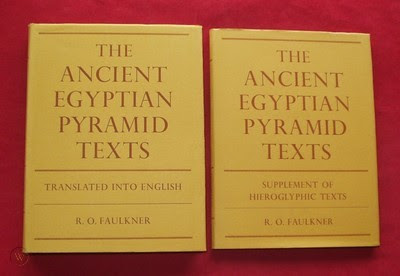 
The Horite mounds and the Sethite mounds were sacred Hebrew shrines. Though separate groups or moieties, they shared common religious practices and beliefs, and they worshiped the same God and served the same king.

The two groups appear to be separate yet related, suggesting a moiety, such as that of the Red and Black Nubians. The term "moiety" refers to two social or ritual groups into which a people is divided. The distinction between the two groups is evident in PT Utterance 424: "O King, a boon which the King grants, that you occupy the Mounds of Horus, that you travel about the Mounds of Seth..." Here we find a suggestion that the Horite Hebrew were named for their devotion to Horus.

The risen king unites the peoples, restores the former state of blessedness, and unites heaven and earth. When seen from this perspective, the Horite Hebrew religion appears to be the foundation of the Messianic hope that is fulfilled in Jesus of Nazareth.

Related reading: Is It Possible to Speak of the Proto-Gospel?; The Substance of Abraham's Faith; The Ra-Horus-Hathor Narrative; Righteous Rulers and the Resurrection; The Hebrew Were a Caste; Funerary Rites and the Hope of Resurrection; Early Resurrection Texts