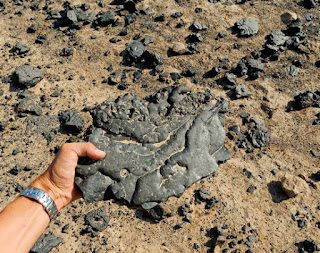 Copper and iron were the first metals to be used in the fabrication of artifacts. Copper beads found in 8,500-year-old graves at Catalhöyük were made by hammering native metal found in nature. Similarly, hammered iron beads have been found at el Gerzah in northern Egypt where 300 graves were discovered in 1911-1912. Tombs 67 and 133 contained a total of nine iron beads. Analysis of the beads indicates that they were formed from surface iron deposited by meteorites. Both tombs are securely dated to Naqada IIC–IIIA, c 3400–3100 BC (Adams, 1990: 25; Stevenson, 2009: 11–31), so the beads predate the emergence of iron smelting by nearly 2000 years, and other known meteoritic iron artifacts by 500 years or more (Yalçın 1999). 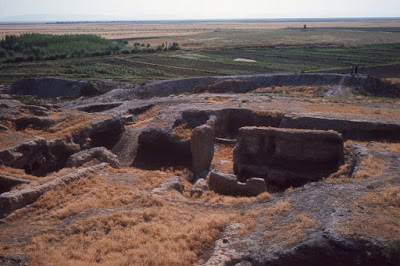 The oldest proven smelting remains are in Belovode, Serbia, from around 7,000 years ago. There scientists have identified intentionally-produced copper slag, which has been analytically confirmed as the source for at least 16 heavy copper implements found across the Balkans.

A copper awl was unearthed in Tel Tsaf, near the Jordan River at Israel's border with Jordan. The area was a village from c. 5100 BC to 4600 BC. The awl was found in the grave of a woman of high rank. She wore a belt made of 1,668 ostrich-egg shell beads and her grave was covered by several large stones. Analysis of the copper indicates that it came from the Caucasus.

The term "copper" comes from the Latin word cuprum, referring to the island of Cyprus. Early references to Cypriot copper exports were found in cuneiform tablets from the ancient kingdom of Mari (modern-day Syria) and are dated to the 18th century BC.

Tablets excavated at El Amarna, Egypt provide another significant source of information and describe in great detail the export of copper to Egypt by the kings of Cyprus during the 14th century BC.

The abundance of copper votive figures and statuettes found in mines and temples at the archaeological sites of Kition and Engomi on Cyrpus reflects the significance of copper to the Cypriot economy and religious culture.


Copper Work on the Nile

Copper and gold artifacts appeared in the region between the First and Second Cataracts in graves of the Middle A Group. These are dated from ca. 3600–3300 BC (Killick 2014).


Around 3,200 B.C. copper balances and weights were used at Nile shrines to determine cargo taxes and for trade.


Copper Work Among the Akkadians 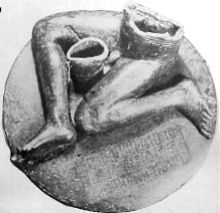 The copper statue show above is from the Akkadian period (2350–2100 BC). This was found in the 1960's near the village of Bassetki in northern Iraq. The Bassetki Statue shows a seated, nude human figure on a round pedestal and was cast of pure copper. The pedestal contains an Akkadian inscription indicating that the statue once stood in the doorway of a palace of the Akkadian ruler Naram-Sin.

Copper (Cu) was mined in Cappadocia, Mesopotamia, Media, and Persia.

Archaeologists have found evidence of mining and annealing of copper in the Upper Peninsula of Michigan (Isle Royale) dating to around 5,000 B.C.