The Bible and Imagined Morality 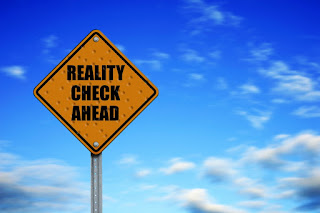 
The writer of this article, J. Parnell, writes, "The current debate is plagued by a binary lens." That statement needs to be unpacked before the reader can see the flaw in Parnell's thinking. He seems to mean that the discussion of homosex has polarized into two groups. Polarization and a binary worldview are NOT the same thing.

The biblical stand against homosex, onanism and bestiality is entirely on the basis of a binary worldview. The difference between the binary view and polarization is significant. Contemporary morality would have us believe that both positions - pro and con - are equally valid (though one is more politically correct). This is dualism. In dualism the entities in a binary set are regarded as equal. Think Ying-Yang. On the other hand, the biblical writers understood that one entity in the fixed binary set is objectively observed to be superior to the other. Males are larger and stronger than females. The Sun's light is greater than the refulgent light of the Moon.

In Genesis we read that God created two great lights in the heavens: the greater (Sun) to rule the day and the lesser (moon) to rule the night. The superiority of the male and the Sun are not value judgments. These represent empirical observation of a universal pattern. The binary worldview is found throughout the Bible and is especially evident in Genesis. Sometimes the binary distinction is rather subtle and easy to miss. Consider, for example, the binary set of hot and cool encounters with God. Abraham was visited “in the heat of the day” by God in three Persons (Gen. 18:1). The binary opposite is “in the cool of the day”, the time of God’s visitation to Adam and Eve in Paradise (Gen. 3:8). We have encounters with God described as hot and cool. We must always pay attention to such distinctions. In the first God has come to punish Sodom and Gomorrah, and in the second God has come to enjoy fellowship with the Man and the Woman.

Truth in the Bible is told from the perspective of both the male and the female. There are both male and female prophets in the Bible. Deborah judged Israel while sitting under her tamar tree. A tamar is a date nut palm and was associated with the female principle. Many Old Testament women were named Tamar. The prophet or "moreh" consulted by Abraham sat under an oak. This tree was associated with the male principle. There is no murky middle ground. No androgenous authority figure sitting under some fanciful tree.

The Bible asserts as the foremost distinction the relationship of the Creator to the creation. The Creator transcends the creation. Likewise, the Creator is greater than the creature. Were this not so, there would be no Gospel of Jesus Christ. For He who was uncreated, emptied Himself of his elevated estate to become flesh. This is the meaning of the Greek word kenosis (κένωσις)- to empty oneself. This divine action is embodied in Jesus Christ, "who, being in the form of God, thought it not robbery to be equal with God: But emptied himself, and took upon him the form of a servant, and was made in the likeness of men: And being found in fashion as a man, he humbled himself, and became obedient unto death, even the death of the cross." (Philippians 2:6-8) The strong Overcomer stoops to save the weak.

Anthropologists observe a distinction also between the blood work of men in killing and the blood work of women in birthing. The two bloods represent the binary opposites of life and death. The blood shed in war, hunting and animal sacrifice fell to warriors, hunters and priests. The blood shed in first intercourse, the monthly cycle and in childbirth fell to wives and midwives. The two bloods were never to mix or even to be present in the same space. Women didn’t participate in war, the hunt, and in animal sacrifices, and they were isolated during menses. Likewise, men were not present at the circumcision of females or in the birthing hut.

The male principle involves insemination, protection of the weaker, expansion and uprightness. It is symbolized in the ancient world by meteorite showers and iron "seeds" covering the surface of the earth, by the Sun's rays shining down, the lengthening of shadows, and the high places (kar, tamana) and the standing stones and sacred pillars. The female principle involves receptivity, birthing, nurturing, fluidity and softness. It is symbolized by water, date nut palms, the swelling of gourds, being overshadowed by the Sun, and milk.
The blurring of the distinction between male and female, between humans and other creatures, and between life and death is forbidden in the Bible. This is why homosex and bestiality were punished by death, and the Israelites were commanded never to boil a young goat it its mother’s milk.

Sex between humans and animals blurs the distinction of human superiority (being made in the image of the Creator). The spilling of semen (onanism) is regarded as an unrighteous deed because this too violates the fixed order in Creation. The seed that should fall to the earth is the seed of plants, which spring forth from the earth. The seed of man should fall on his own type (the womb), from which man comes forth. This is the ancient wisdom which observed immutable patterns in nature. It is based on reality, not imagined entities or moral relativism. Such wisdom paved the way for technological advances in the ancient world and empirical science in the modern world.