The following is an email communication which sheds light on some of the older elevated settlements in Greece. Idomeni, in Northern Greece, was one such high place which sat at the natural passage into Europe. Idomeni has recently had much media attention as an unofficial refugee settlement in which people have been living under terrible conditions. The settlement was once inhabited mainly be Bulgarian Orthodox Christians.

The background information on "The High Places" is available to read under "related reading"at the end. The oldest places of worship were at elevated sites near permanent water sources. Bible refers to these as the"high places." Burnt offerings were made at these sites so that there is a linguistic relationship between the word kar and charcoal.

Kar refers to a sheltered or fortified site with a temple of shrine tended by priests. Karnak on the Nile and Carnak in Brittany are examples. In Dravidian, car means "sheltered together" and kari refers to a river. In Manding, kara means "to assemble." Among the Nilotic Luo, kar specifies a place with boundaries. In ancient Sumerian, é-kur refers to a mountain house, a pyramid, or an elevated temple.

Since the Kar were places of burnt offerings, the term is often associated with charcoal and soot. The Turkish kara means "black." In Magyar, korom refers to soot, as does the Korean word kurim. 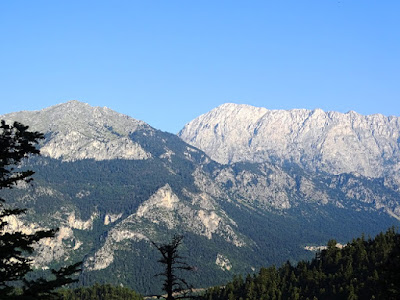 Mt. Giona is the fifth highest mountain in Greece.

I read The High Places (the kar) on Academia, and I really learned a lot from it. Thank you.

My Greek grandfather's name was "Karampetsos" which I was told means "black skin"or "blackamoor" a common surname in Alexandria, Egypt. They were Orthodox priests at a village on Mount Gournia in Lidoriki, Greece from 1750 to 1948.

Now I know where the "kara" part of the name came from.

How interesting! Thank you for that information.

The family name Karampetsos may be related to the word Karambet which refers to a black knife introduced into Asia and the Philippines by the Kushites.

These would have been carried by warriors in service of the chief or king and by warrior-priests, suggesting that your family on the Greek side is of an ancient ruler-priest caste.

Lidoriki is built on the side of Mount Giona near the Mornos River. What is there today is likely built over much older ruins. The high elevation near a major water source fits the description of an ancient "high place" and it appears that some archaeological work is going to take place there.

Let me know what else you discover. 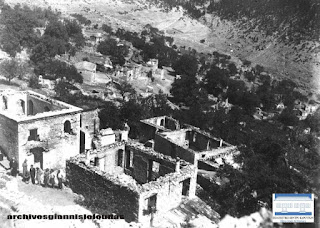 Thank you for the archaeology link.

My grandparents' village was called Karoutes which means "The Bluffs", and it was burned to the ground on Christmas (1944?) by the Nazis. The villagers, about 800, had guns and fought, and it was the only battle Greeks won on the mainland (Crete drove them out) during WWII. My grandfather's father Efthimious was the village priest, and he was tortured in the Church before it was set on fire, as were my grandmother's brother Nick, and the village school teacher. The Nazi carried out atrocities in a number of villages through out Greece that night. It was long rumored that the Nazis were looking for two downed English flyers that the village was hiding. I can confirm that, since Nick's brother George Katsimbas was leading the Resistance, and he personally told me that was the reason in 1988.

My Great-Aunt Vasiliki's olive groves are the olive groves that visitors to the Oracle would walk through to get to the ruins.

Karoutes has new construction in the last ten years.


Related reading: The High Places; Religion of the Archaic Rulers; Some Marks of Prehistoric Religion
Posted by Alice C. Linsley at 1:57 PM