The Royal Priest Lines of Matthew

Jesus is a descendant of the royal priest lines of Matthew or Matthan. Hippolytus recorded that Mary’s mother was one of three daughters of a priest named Matthan. The name Matthew and variants of the name appear in the lines of both Mary and Joseph (as shown in the lists below). These are lists of ruler-priests.

Among Abraham's royal Nilo-Saharan ancestors the word Hat was used to designate rulers. Hat·shep·sut or Hat·shep·set was an Egyptian queen who died around 1482 BC. Hat-hor was the mythical mother of Hor, the son of Ra, the Creator. Her name is her royal title. and among the devotees of Horus (the Horites) "hat" was used to designate rulers. A name that is commonly found among the Horite ruler-priests is Matta or Matthew. It is also sometimes spelled Mattai and Mattan/Matthan. 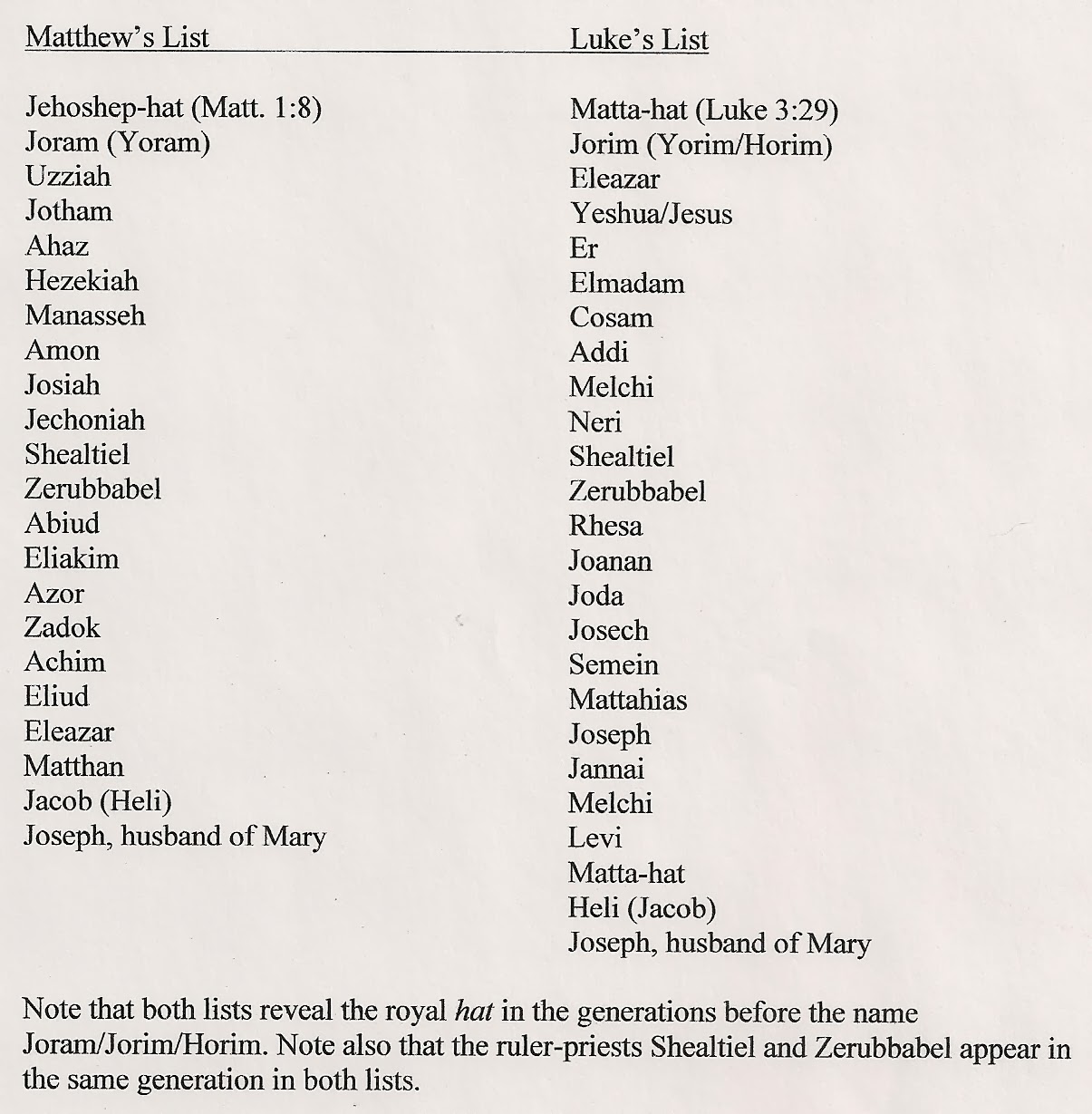 
These lists reflect a marriage and ascendancy pattern like that of the Genesis king lists.