Humans originated in Africa and the oldest known cohesive worldview to be identified through the study of ancient documents and artifacts is that of the Afro-Asiatics. Among them were temple and shrine attendants called Ha-piru or Ha-biru (Hebrew).

Among the Habiru were a caste of ruler-priests who were devotees of Horus, the son of Ra. These are called Horites. The oldest known site served by Horites was Nekhen (Hierakonpolis) in Sudan (4000-3000 B.C.). Votive offerings at the Nekhen temple were ten times larger than the normal mace heads and bowls found elsewhere, suggesting that this was a very prestigious site.

This is also the point of origin of circumcision, animal sacrifice and the priesthood. The ancient Nilo-Saharan peoples enjoyed a wet Sahara and a wider Nile River. From here they spread far and wide, taking with them their languages and religious practices. These included certain food prohibitions and the veneration of the cow.

Anthropologists have gained insight into their beliefs by considering anthropologically significant data in the earliest biblical material. The early chapters of Genesis reveal that eating forbidden things was regarded as a serious violation of the order of creation. This is the likely background for the story of the forbidden fruit. The boiling of a baby goat in its mother's milk is prohibited three places in the Bible. This was regarded as especially heinous since if blurred the distinction between a life-giving substance and a life-taking action.

The message is that God established boundaries that humans fail to honor. Ancient food boundaries are still observed in Hinduism and in Eastern Orthodoxy which has long periods of fasting from meat and dairy.

Apparently, humans were never created to eat animals, but only plants, nuts, fruits and grains. In Genesis 1:29 we read that God told the first humans: "Behold I have given you every herb bearing seed, which is upon the face of all the earth, and every tree, in which there is the fruit of a tree yielding seed' for you it shall be for meat."

In Genesis 2:16-17 we read that the fruit of one specific tree was forbidden: the fruit of the tree of knowledge of good and evil. God said that to eat of this tree meant death, but the serpent contradicted God. Another tree was identified as the Tree of Life. This ancient motif is found along the Nile and in India. 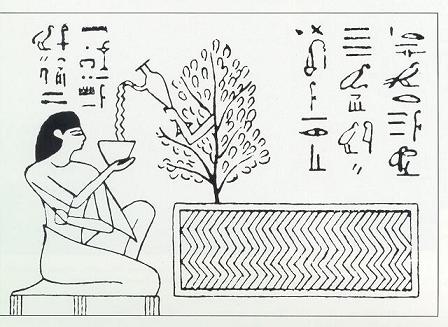 Eating meat was granted by God to Noah after the flood. Genesis 9:2-6 explains that fish and beasts were permitted, but that there would be a blood guilt involved in taking these for food.


"The fear of you and the dread of you shall be upon every beast of the earth and upon every bird of the heavens, upon everything that creeps on the ground and all the fish of the sea. Into your hand they are delivered. Every moving thing that lives shall be food for you. And as I gave you the green plants, I give you everything. But you shall not eat flesh with its life, that is, its blood. And for your lifeblood I will require a reckoning: from every beast I will require it and from man. From his fellow man I will require a reckoning for the life of man. Whoever sheds the blood of man, by man shall his blood be shed, for God made man in his own image."


In the ancient world blood was regarded as the elemental substance of life and cows were venerated as sacred. This originated among the Nilo-Saharans for whom cows were both wealth and a sacred symbol of Hathor-Meri, the virgin mother of Horus. She is shown in images with the Sun cradled in the curve of her horns. Hathor-Meri's totem was the longhorn cow and the Sun was the emblem of the Creator. The Angel Gabriel told the Virgin Mary that she would be overshadowed and would conceive the Holy One, the Son of God. Coincidental parallel? Not really. Messianic expectation originated with Abraham's Nilo-Saharan ancestors.

The Horites carried their beliefs to southern Pakistan and India. Their influence is found in the Harappa culture. Har-appa is Dravidian for "Horus is Father." This is why about cows are venerated by Hindus.


Related reading: Horite Expectation and the Star of Bethlehem; The Origin of Animal Sacrifice; Early Metaphysics: Primal substance and cause; Jesus Fulfills the Horus Myth; Why Cows Were Sacred in the Ancient World