The scarab is a stylized dung beetle and a sacred symbol among the ancient Nilotes and the Horite and Sethite Hebrew. It often appears with wings and the sun, symbols of rising to the celestial heights. 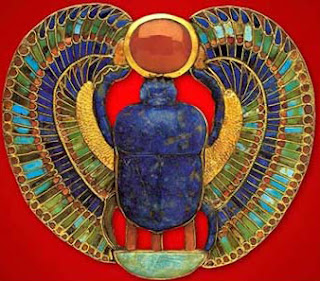 The scarab amulet was placed on the chest of the mummy, over the heart area. This represents the hope of bodily resurrection. The ancient Nilotes, especially the priests of Horus and Seth, were famous for their insistence that the body and soul as a unit may enjoy eternal life.

The beetle symbolized the path to immortality since it orients itself by the Milky Way which the ancient Horite and Sethite Hebrew saw as the celestial path to eternal life. In the Ancient Pyramid Texts (2400-2000 BC) there are many references to eternal life among "the imperishable stars" where the righteous king is "exalted" and "shall never perish" (PT, Utterance 464). 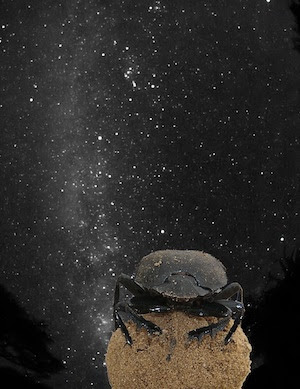 Not many heart scarabs have been found by archaeologists because they were placed mainly in the tombs of the elite, and many of those tombs have been robbed. 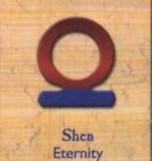 The heart scarab represents the hope that the ruler would rise to immortality and lead his people in his train, a common feature of royal mantles (Ephesians 4:8). The ancient Horites believed that heavenly recognition of a people depended on the righteousness of their ruler-priest. As Plutarch reported concerning the Horite "priests of the Sun" at On (Heliopolis), this caste of priests was distinguished by their purity of life, sobriety, and devotion to the High God Re and his son Horus. Heliopolis is mentioned in Isaiah 19:18 and Jeremiah 43:13, and is referred to as On in Genesis 41:45,50, 46:20 and Ezekiel 30:17.

The ruler-priest was regarded as the mediator between God and the people. If God turned his face away from the ruler, the people suffered from want and war. If the ruler found favor with God, the people experienced abundance and peace. The ruler was to intercede for his people before God in life and in death. The ruler's resurrection meant that he could lead his people beyond the grave to new life. This is why the ruler was not to come into contact with dead bodies, was to avoid sexual impurity, and have his body properly preserved and buried with symbols of eternal life. These symbols included winged scarabs, solar orbs, ankhs, and the Shen symbol (shown above).

This is the seal of King Hezekiah who reigned over Judah from 715 to 687 BC. The seal shows a winged solar orb and the ankh. 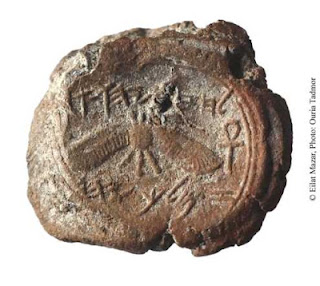 Heart scarabs were inscribed with ritual prayers and petitions. These are found in the Ancient Egyptian Pyramid Texts, the Coffin Texts, and the Book of the Dead.

A heart scarab found at a burial site at Tombos (Sudan) seeks favorable final judgment in these words: