Inherited Guilt or Infection of Death? 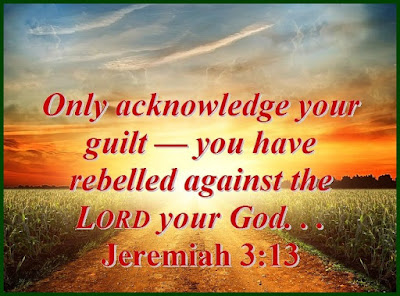 There are different understandings of the Fall among Christians. Some emphasize guilt inherited from Adam and Eve, a doctrine called "Original Sin." Others emphasize Original Blessing enjoyed by humans before death entered the world. By death comes sin and by sin comes death. It is the proverbial chicken or egg question.

By Eve comes life, not death. Her name means "mother of the living." Note that Adam is not called the "father of all living."

By the "Woman" of Genesis 3:15 (not Eve, since she isn't named until verse 20) comes redemption through her Son, the Divine Seed, Jesus Christ. Jesus claimed to be the fulfillment of this first biblical promise and prophecy when He told his disciples about His impending death. He said, "Unless a seed fall into the ground and die, it cannot give life." (John 12:24)

Sin and death do not enter because of Eve. St. Paul and St. Augustine speak of sin and death coming through Adam.

The DNA of Adam is extinct, if we are to trust the calculations of molecular genealogists. So Adam's sin did indeed mean death and extinction for him. This is why Adam is not called the "father of all living."

The ancients from whom we receive the information in Genesis may have recognized the durability of the Mt-chromosome and the loss of the original Y-chromosome. The most recent male ancestor of all males today lived in Africa around 60,000 years ago. The so-called "Mitochondrial Eve" dates to about 143,000 years ago. She is the mother of modern humans. She is not the mother of archaic humans. That Eve would have lived much earlier, at least 3 million years ago.

Original Sin is not inherited. Were that the case, each would be held accountable by God for the sins of our ancestors. This is contrary to what the Bible teaches. See, for example, Jeremiah 31:30 which states, "Each will die for his own guilt." (The New Jerusalem Bible)

The term "original sin" was unknown in both the Eastern and Western Church until Augustine (c. 354-430). The inheritance from Adam is not guilt, but death (I Corinthians 15:21).

Related reading: What Happened in the Garden?